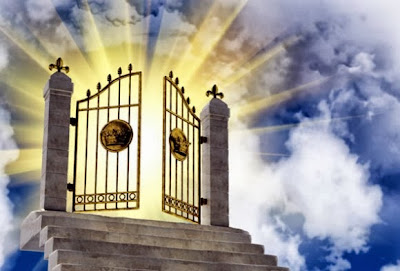 I had book marked this in December of last year. While reading my bookmarks I came across this article about a neurosurgeon that had died and came back to life. I decided to write about it because different religions have their interpretation as to what happens to your soul once you leave this crazy world. Some religions like Catholicism say that when you die and you haven’t confessed your sins you go straight to hell. The Church of God they say that when you die your soul stays in the grave until judgment day.

I have read quite a bit about people dying and coming back to life. They all had different stories of what they had seen while their soul was out of the body but I never read about anyone of them saying they had seen the same thing. What I had seen myself in 2011 when I died briefly, was altogether different from what they had seen. I guess what you see after you die depends on what kind of life you get in the afterlife and that depends on what kind of life you led while you were alive.

Some people on hearing about stuff like this say that it was only your imagination. Well according to this neurosurgeon, he has a different story.  He also explains why a person can’t imagine what he/she has died and came back. I would refer you to this site. This is interesting to read but here's a tease;

In 2008, Dr. Alexander contracted bacterial meningitis of the brain and spent a week in a deep coma. He says that what he saw, felt and experienced during that time was beyond scientific explanation.

I recommend you give it a read.

Comments are welcome but moderated before being posted.